Mohammad, Elham, and their six children 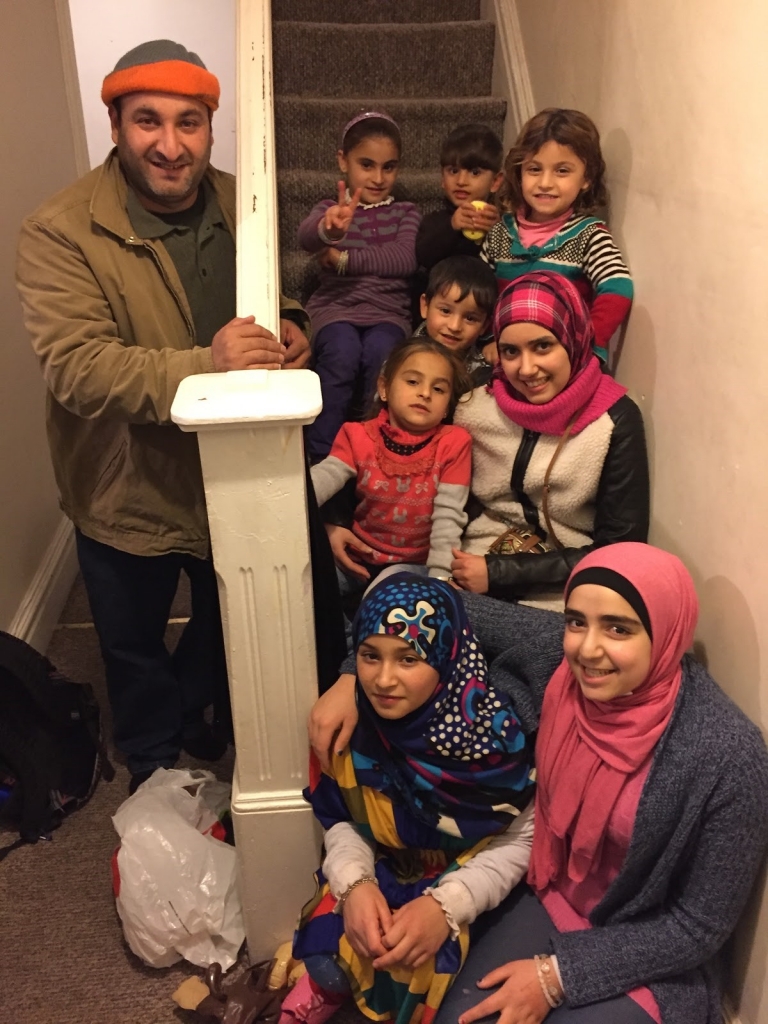 Our first and largest family consists of Mohammad, Elham, and their six children, ranging in age from 2- to 11-years-old. The family arrived in the US in September 2016, settling in midtown Harrisburg. They were originally from eastern Aleppo, where Mohammad worked as a builder and they led a comfortable middle-class life. When the war began and Aleppo was put to siege, Mohammad left for Jordan to try and support his family; this situation persisted for around a year, but as the siege worsened, it became apparent that the rest of the family could not remain in Aleppo. Their youngest son, Mosaab, fell deathly ill due partially to lack of available water (by the end, they all were down to rationing by the bottle-cap), which pushed the family to flee. Officially refugees, Mohammad’s family headed for Jordan, where they were immediately relegated to the Al-Azraq camp. Conditions here were not much better; the camp lacked electricity and relied entirely on an anemic stream of donations. Mohammad worked off-camp during this time to provide for his family’s needs. This situation lasted for seven months, but Mosaab did slowly recuperate, and they applied for resettlement to the U.S.

Now here in the United States, Mohammad, Elham, and the rest of the family are attempting to figure out how to reconstruct a life in a foreign land in which they do not speak the language. Their extended family is now spread all over the world due to the Syrian diaspora. None of the children have yet been able to attend school (pending large barriers in transportation and other factors). Mohammad is applying for jobs that he has never worked before (as contractors either aren’t seeking workers or have rejected him) in order to provide a salary which, in all likelihood, won’t cover his family’s costs. Coupling this with the knowledge that soon their governmental/NGO support for rent, utilities, and other necessities are going to run out soon, nobody is sure, least of all Mohammad or Elham, what they are going to do next.