Former scholarship recipient receives a prestigious fellowship from The American Academy of Arts and Letters, an honors society of the country’s leading architects, artists, composers, and writers. 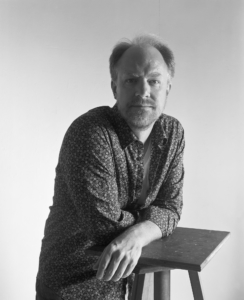 HARRISBURG, Pa. (June 24, 2020) — The Foundation for Enhancing Communities (TFEC) is pleased to announce that a former scholarship recipient, Jeremy Gill, has received the prestigious honor of the Goddard Lieberson Fellowship from the American Academy of Arts & Letters.

Jeremy Gill studied classical music composition in college and was awarded the Joseph and Vivian Steele Classical Music Scholarship, a scholarship fund of The Greater Harrisburg Foundation established in 1993 by the will of Joseph and Vivian Steele of Harrisburg. Jeremy was funded throughout his college undergraduate work in preparation for his career in music composition. To maintain his scholarship, each year he was required to submit a recording of his works for members of the Steele Advisory Committee chaired by Dr. Robert Lau to evaluate. Each year they could see his growth in his abilities and knew he was going to be a very successful composer. It was a pleasure for us to be able to assist Jeremy in his college work through the scholarships he was awarded.

“Jeremy was the most naturally gifted music composition student I ever had,” says Dr. Robert Lau, chairman of the Joseph and Vivian Steele Classical Music Scholarship Advisory Committee. “I worked with Jeremy for years and saw that when I gave Jeremy a suggestion, Jeremy already was aware of it and when he made a mistake, he only made it once. I was always pleased that Jeremy would come back to visit and discuss his work progress with me.”

“I am incredibly delighted to learn about this wonderful honor for Jeremy Gill,” stated Stuart Malina, Music Director and Conductor of the Harrisburg Symphony Orchestra member of the Steele Classic Music Scholarship Fund Advisory Committee. “We expect this not to be the last of the awards he will receive.” The Harrisburg Symphony Orchestra has performed several of Jeremy’s works including one of the compositions submitted for this honor.

Jeremy now serves as a member of the Joseph and Vivian Steele Classical Music Scholarship Advisory Committee. When asked why he served on the committee, he replied that he loved to “give back” to the fund that assisted him over his college years. He is pleased to be able to help award scholarships each year to students who apply. Students are eligible to apply for this scholarship fund each year they are pursuing undergraduate and graduate degree programs.

About the Joseph and Vivian Steele Classical Music Scholarship

About The Foundation For Enhancing Communities

About the Goddard Lieberson Fellowship

The Goddard Lieberson Fellowship is one of the many awards given out by the American Academy of Arts and Letters. The American Academy of Arts and Letters was founded in 1898 as an honor society of the country’s leading architects, artists, composers, and writers. Charter members include William Merritt Chase, Kenyon Cox, Daniel Chester French, Childe Hassam, Henry James, Theodore Roosevelt, Elihu Vedder, and Woodrow Wilson. Two Goddard Lieberson Fellowships of $15,000 are given annually to young composers of extraordinary gifts. The CBS Foundation endowed the fellowships in 1978 in memory of the late president of CBS Records. For more information visit https://artsandletters.org/.