She Believed She Could, So She Did. 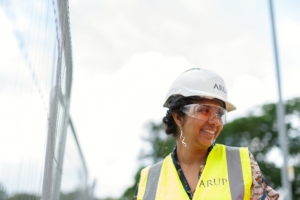 HAPPY WOMEN’S HISTORY MONTH! Each year, March is dedicated to recognizing and celebrating the achievements of so many powerful and influential women that had come before us and worked tirelessly to ensure equality for all women. To understand where we are going, let us take a look at where we have been. Let us turn back the clocks, and recognize some of the fantastic achievements of all of the female leaders that have come before us.

In a letter to her husband John Adams, First Lady Abigail Adams urged the Continental Congress to acknowledge women in their decision-making. “If particular care and attention are not paid to the ladies, we are determined to foment a rebellion and will not hold ourselves bound by any laws in which we have no voice or representation.”

Elizabeth Cady Stanton, one of the organizers of the first women’s rights convention, signed the Declaration of Sentiments, which would ignite decades of activism and eventually led to the passing of the 19th Amendment, and gave women the right to vote.

Jeannette Rankin, a longtime activist with the National Women’s Suffrage Association, became the first woman elected to the US House of Representatives on April 2, 1917.

On August 19, 1920, the United States Congress ratified the 19th Amendment of the Constitution.

When Rosa Parks refused to give up her bus seat in Montgomery, Alabama, she became the spark that ignited the Civil Rights Movement.

With the Equal Pay Act’s passing on June 10, 1963, under the JFK administration, sex-based wage discrimination between men and women was prohibited.

Title IX, Battle of the Sexes

Title IX of the Education Amendment is signed into law by Richard Nixon on June 23, 1972. “No person in the United States shall, based on sex, be excluded from participation in, be denied the benefits of, or be subjected to discrimination under any education program or activity receiving Federal financial assistance.”

In The Battle of the Sexes, Billie Jean King beat Bobby Riggs in straight sets during an exhibition match aired on primetime TV and drawing 90 million viewers.  “I thought it would set us back 50 years if I didn’t win that match,” King says after the match.

Hillary Clinton becomes the first woman to receive a presidential nomination from a major political party in the 2016 presidential election.

Kamala Harris was sworn in as the first woman and first woman of color Vice President of the United States. As the daughter of immigrants, she also ran for president in 2020 before being selected as Joe Biden’s running mate.

Women’s history is our history, and TFEC is committed to ensuring the next generation of women and girls are encouraged to follow their dreams and achieve their goals. The Fund for Women & Girls, a special initiative of TFEC, encourages everyone to experience the power of collective philanthropy by making life-changing grants to deserving organizations that work with women and girls in your local community.

You can join the movement by becoming a Dream Team member for as little as $16.67/month; providing hope and creating change for women and girls.

Want to support the fund without becoming a member? Check out our Gratitude Campaign and show your friends, family, or coworkers how grateful you are for them and support the Fund for Women & Girls!